Whey Vs. Mass Protein: Which Supplement Is the Best to Get Ripped?

When people say protein, the first thing that comes to mind for most people is whey protein. However, there is another type of protein which a lot of people don’t give enough credit to – mass protein. Both mass and whey protein have their advantages and disadvantages, and both are used for specific and general purposes. In this article, we’ll discuss their differences and similarities, as well as which one is right for you.

The main difference between whey and mass protein is in their calorie count. Whey is low in calories, while the other one has a significant amount of them. Mass protein by definition is intended to give you more mass, so if you’re trying to gain some lean muscle mass – this one is the way to go. This does not mean that whey protein won’t help you get lean muscle mass – it will, just not as much. Here’s how these two proteins differ. 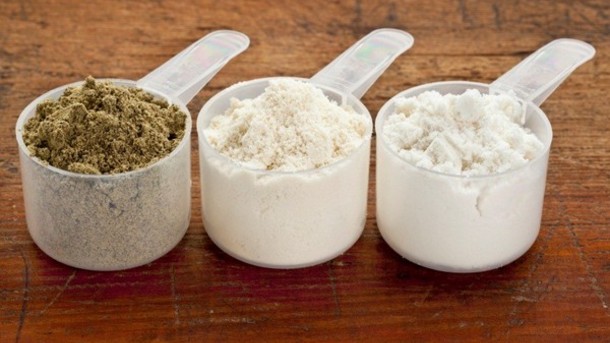 This protein help you meet your calorie requirements easier. If you consider yourself a hard gainer, someone who feels like they have to eat throughout the whole day to get some muscle mass, then two mass protein shakes a day will help you reach your calorie goals relatively easy.

The difference between gaining fat with this protein and gaining fat from pizza, for instance, is that this particular type of dietary fat keeps you leaner while helping you build muscle. Dietary fat is one of the most important macronutrients, therefore, it’s essential that you’re taking it in the correct form as often as humanly possible.

Moreover, most mass gainers contain creatine, meaning, you’ll basically kill two birds with one stone. Creatine is a great addition to most weight gainers because in order for it to work efficiently, it’s important to take in high amounts of quick acting carbohydrates, which most mass protein gainers consist.

Unlike mass protein, whey doesn’t have much calories, but instead is very rich in protein only. It contains a protein concentration of about 80-90%, while other proteins range from 25-80%. One of the biggest benefits of using whey protein is weight control. Maintaining a healthy body composition is a priority for a lot of people, and by including whey protein in their diet they can accomplish this much easier.

Moreover, whey is rich in BCAA content and is able to raise glutathione, which is important for boosting the immune system. Immunoglobulin is an antibody found in whey protein in concentrations of 10-15%, which is quite a significant amount.

Both supplements will help you get the muscle mass you want, just in slightly different ways. For those of you who need to bulk and gain mass, mass protein is the way to go, otherwise, stick to whey and count your calories. Consuming both proteins is beneficial to the overall health, as long as you keep a high water intake in order to help the proteins process faster.