Drought Vs. Flood In Australia 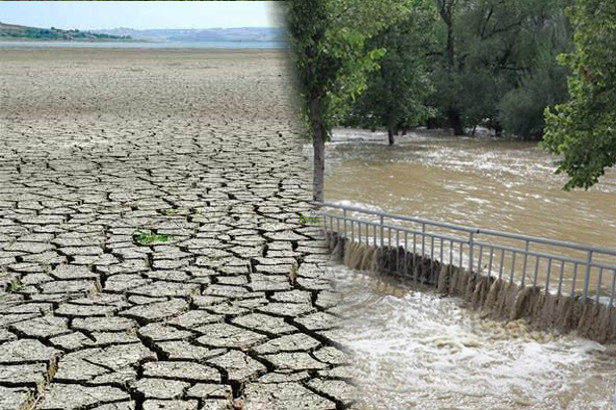 Over the years the Australian continent have experienced different types of natural disasters. The droughts and the floods have been reported as the most common. Every year these disasters are the main reasons for damage and huge financial loss in Australia. People who live in the areas prone to such disasters, know best their devastating power. The droughts and floods mainly occur as a result of the natural cycle of weather changing patterns in Australia, but sometimes emerge due to unethical human behavior like overstocking, vegetation loss, building dams, improper water usage, etc.

Australia is considered as the driest continent on the Earth. The weather has been constantly changing in Australia since the start of the 20th century and the period between 2001 and 2010, has been reported as the hottest ever in Australia. The eastern part was especially affected by high temperatures and suffered a long period of drought. The groundwater level decreased and most of the rivers dried up. But other parts of the continent are not in better position as well. Meteorologists predict that by 2030, almost all major cities in Australia will be affected by severe drought if appropriate solutions are not implemented soon. Many new and innovative methods have been developed in order to deal best with droughts. For example, bore pumps can be used to pump out underground water that is necessary for livestock, agriculture, irrigation and home and garden use. The water is drawn by an electric or solar bore pump. If you live in an area that is prone to droughts, investing in a quality bore pump will surely pay off.

Floods are also very common natural disasters in Australia. They occur every year and cause around 300-400 millions of dollars in damage. They range from small localized floods as a result of storms to more severe and widespread floods that cover wider areas. Floods are mostly caused by heavy rainfalls, melting snow or by tropical cyclones and storms that are very common in the northern part of the continent. Just like droughts or any other type of natural disaster, appropriate preventive measures and actions are required so that damages caused by floods can be minimized. Flood mitigation projects are necessary for preventing them in Australia. These projects include building water dams in flood prone areas and building walls around the rivers to prevent water from getting out of the riverbanks. Teaching people how to best use water pumping hydraulic pumps in their homes is another important issue. These hydraulic pumps can be used to pump out the water,which can be contagious and a source of many diseases. Hydraulic pumps are easy to use and maintain and a must-have tool for all households, farms and other businesses located in flooding areas.