Boxing and Mixed Martial Arts (MMA) are two similar fighting sports, but they have different rules and conventions. Unlike boxing, which became part of the Olympic games in 688 B.C., MMA is a newer sport. However, MMA is has quickly become one of the most popular and marketable fighting style sports all over the world, especially because of the Ultimate Fighting Championship (UFC) and the thousands of televised matches. Athletes of these sports depend on the design of the equipment they use.

Gloves are of utmost importance to both boxers and MMA athletes, but since there are many differences between the two sports, the gloves are designed differently for each one. It is known that boxers wear gloves to prevent hand bone crushing and injuries that could end their careers in a matter of seconds. However, MMA fighters use different gloves to protect the hands. Let’s find out how MMA and boxing gloves are different. 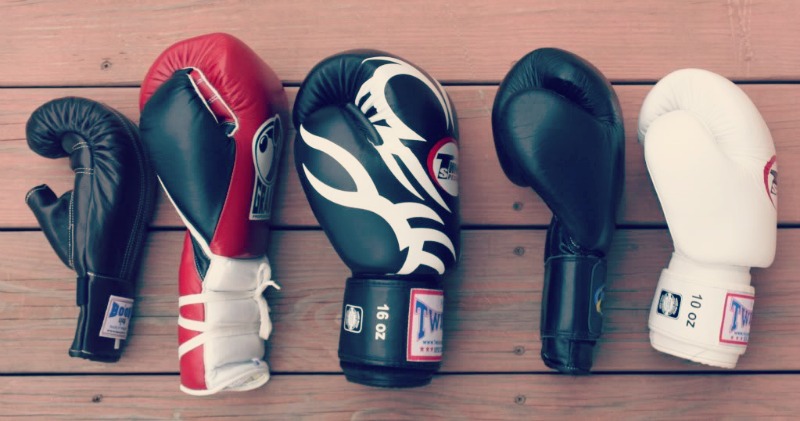 The most noticeable difference between the MMA and boxing gloves is the way fighter’s fingers are fitted. While boxing gloves wrap all the fingers in a single padded part, MMA gloves separate each finger, just as regular gloves, leaving the knuckles and fingertips exposed. This is because the style of MMA requires more flexibility for grabbing and eye poking.

Another difference between the MMA and boxing gloves that can be easily noticed is the amount of padding. MMA gloves are less padded, thinner and sleeker in order to provide more flexibility, while boxing gloves are heavy padded with soft material. Boxers deliver and receive hundreds of punches, of which most are pointed to the head. Mixed martial artists do not only use punches, but grappling holds and kicks as well.

Boxing gloves can take as much as half a fighter’s forearm and are held by laces. MMA gloves barely take the top of the wrist and are easily held with a wrapping strap-and-Velcro tabs. However, there are modern boxing gloves on the market with the closing principle of MMA gloves and are widely preferred for boxing training.