Most search and rescue lights are specifically designed to have a beam that is powerful enough to reach really long distances. Most flash lights that are meant to be used in such a way also usually come with a strobe setting that is used primarily in emergency settings. Their design is one that’s mostly centred around practicality, as they commonly have a lightweight but still sturdy body. Another very useful feature that they could possibly come equipped with is the option to change their beam’s focus. This allows them to alternate between a pinpoint but very bright ray of light, or a wider, slightly dimmer one which can cover more surface. 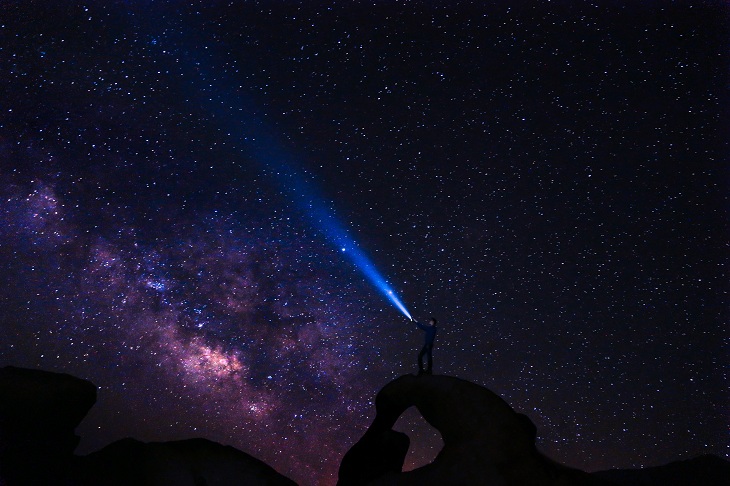 However, there are those that believe smaller handheld flashlights have too many significant flaws to ever be considered a vital tool for search and rescue. They of course do not mean to imply that a source of light isn’t needed for such operations, but rather that the handheld small flash light has a very selective usefulness, and that it should be replaced by other more favourable candidates for the search and rescue lights role.

The most often brought up replacements are the head-torch and the hand held spotlight, each with their own benefit and disadvantage. The head-torch for one is very useful when you would need your hands to be free, but still can’t afford to be walking around an area blind. However it generally has a light that is not all that bright and more easily exhaustible batteries, as well as a fixed point in front of you at all times, since it is attached to your head.

The spotlight on the other hand is far better than both the head torch and any standard flashlight in terms of how large of an area is covered by its beam and how well lit that area will be. But, compared to the other two, the handheld spotlight is quite a bit more cumbersome to carry and depending on what kind of lights it uses, could be an even faster battery drainer than the head-torch.

One of the most important skills in any search and rescue operation is the quick and accurate assessment of a situation, so that you can be able to bring along the proper necessary equipment. If there is the option that you can choose what would specifically be the most well suited for the task at hand, then specific search and rescue lights can have an edge over all-purpose ones. However, in cases when you are not sure what you are getting into, a flashlight would be the most logical choice.