The Battle of the Torches – Fenix TK41C Vs. Fenix LD41

It’s not an exaggeration to say that the standard flashlights of today seem like high-performance devices when compared to the flashlights made 30 years ago. Well, that’s due to the fact that the technology of the 21st-century has advanced so much that there are now flashlights that can help you navigate through dense forests and find your way home in the foggiest of nights. Two such examples are Fenix TK41C and Fenix LD41 flashlight which are high-performance devices with a unique set of features that clearly set them apart from the others. However, let’s see what sets them apart from each other… 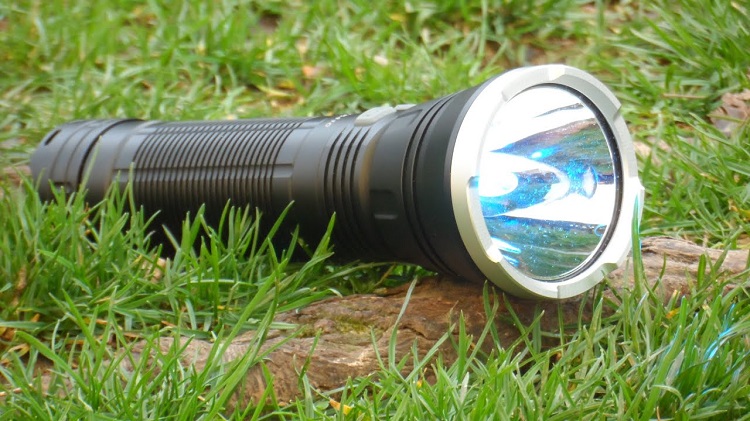 This is a 19.7 cm long dual body switch flashlight that weighs about 280 grams and has a body diameter of 4 cm and a head diameter of 6cm, while it also has IPX-8 and ANSI certifications. This Fenix torch is made of anodized aluminium and it comes with a lumen output ranging from 15 to 1000 lm. While it has a fixed focus, its throw distance can reach up to 480m and it has a run time between 2.5 and 240 hours, depending on the mode. The red and blue LEDs are used together to produce a flash effect and this unit can also beautifully blend coloured light and comes with an impact resistance of 1m.

This Fenix torch comes with three types of lamps which offer 4 brightness levels (low, medium, high and turbo) with output levels of 15, 100, 350 and 1000lm respectively whilst having a strobe and flashing modes alongside the ability to produce red and blue light. The TK41C can be powered by 8 AA Alkaline, Lithium and NiMH batteries and it comes with added accessories like a holster, lanyard and some spare O-rings. The white LED lamp has a Candela rate peak beam intensity of 57,600cd while the red and blue LED lamps have a Candela rate peak beam intensity of 160cd.

• The lens is strengthened and has an anti-reflective coating to ensure that there are no distortions to hinder the output of the light;
• Lock-out feature which makes sure the flashlight doesn’t get turned on by accident;
• Reverse-polarity protection ensures that even when you put the batteries the wrong way round the flashlight can still function properly;
• Intelligent memory circuit – sets itself on the last used brightness setting when you turn the flashlight on;
• The beam is intense and stays stable due to the lumen output being controlled digitally;
• The device is cast from an ultra-strong aircraft-grade aluminium with a non-abrasive hard-anodized Type III coating;
• The TK41C can be submerged 2 metres in water up to 30 minutes without sustaining any damage;
• Beam angles are 5° for spot and 60° for spill. 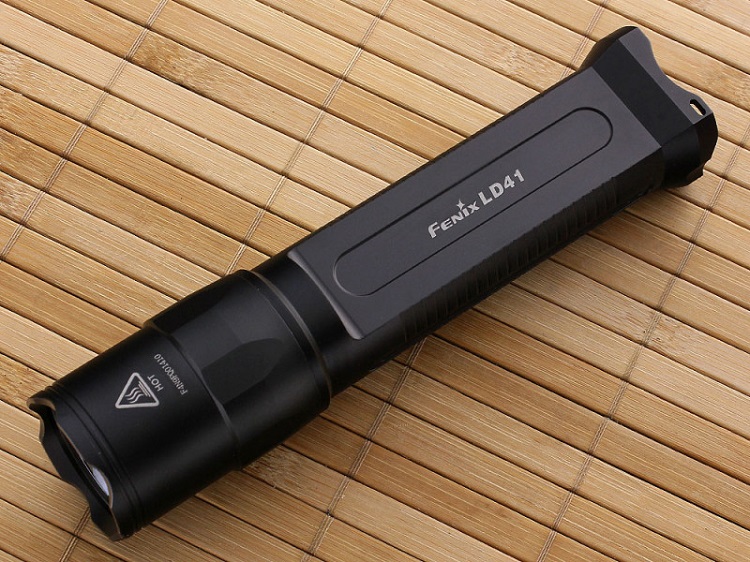 The LD41 is quite lighter than the TK41C (190g), nearly a 100g less and it is 17.5cm long with a 4cm diameter. While it has the same IPX rating, the LD41 is a Fenix torch that comes with an anti-roll slip-resistant body and a beam distance of 300m. It can be powered by half the number of AA batteries found in the TK41C, which makes for a lumen output ranging between 6 and 960lm. The run-time of this Fenix torch ranges from 1 to 200 hours depending on the mode, and it has the same number of brightness levels as the TK41C. Like the TK41C, the LD41 also has an impact resistance of 1m whilst being able to hold up against corrosion, heat, moisture and cold thanks to the rubber O-ring seals.

The low brightness level can produce a 6 lm output, the medium one 150, the high level 400 and the turbo brightness level the full 960lm. This device also comes with an included lanyard, holster and spare O-rings together with a rubber switch boot – something you don’t get with the TK41C. The LD41 has a tactical push-button tail cap with a momentary-on function and a flat body design which makes for a comfortable hold. This unit is also equipped with a dual tail switch interface which allows you to switch between modes using one hand and even when wearing gloves.

• LED lamp with a lifespan of 50,000 hours;
• Strengthened lens with an anti-reflective coating;
• Digitally controlled lumen output which produces an intense and constant beam ;
• Reverse-polarity protection against the improper installation of batteries ;
• Low voltage reminder when battery replacement is needed;
• Aircraft-grade scratch and wear-resistant aluminium with a Type III hard-anodized anti-abrasive finish;
• Strobe mode with 960lm output and SOS mode with 150lm output;
• Battery holder with patented technology, made of water-resistant and shock-resistant PC quality material;
• Intelligent memory circuit – setting itself on the last used brightness level when turned on;
• IPX-8 water resistance – 2 metres up to 30 minutes.