When we were little we were taught to stay away from electricity, but now that we’re all grown up, it is our responsibility to make sure it does not present any hazard to our property or to ourselves and our family. With fire and electrocution being the major risks associated with faulty electrical installations, being negligent about the state of the wiring is something we cannot afford. That’s why every home should be fitted with some form of electrical safety device.

An Rccb circuit breaker and a fuse, are separate devices that protect the electrical circuit from overloading due to a fault by disrupting the flow of electricity. However, the way they accomplish this is completely different and can sometimes mean a difference between life and death. If you are wondering what are the pros and cons of each device, here’s a quick overview of both. 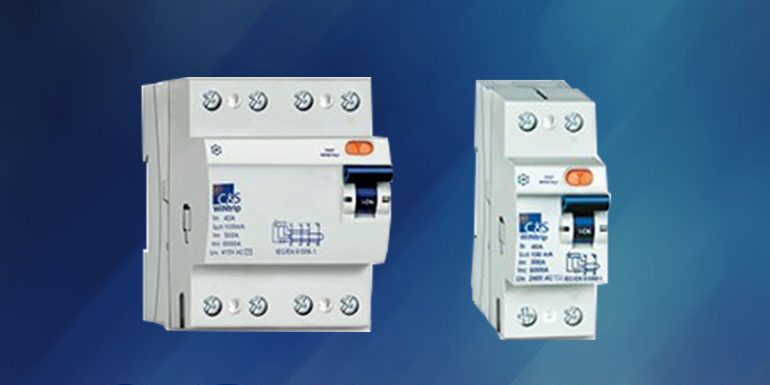 Concerning the safety of home electrical installations, an Rccb circuit breaker is a very important device. The RCCB monitors how much electricity passes through live and neutral wires. When everything is well and the current on the earth wire is zero, the amount of electricity down the live wire will be the same with the amount coming back through the neutral fire. If any faults arise in the wiring of an appliance, the RCCB can quickly detect it and automatically switch off the current, thus reducing the risk of fire or electric shock.

All RCCBs have and incredible range of detection. Although it’s main purpose is to discover problems with live and neutral wires, the RCCB can also detect any complications with the earth line. Some advantages of an RCCB as compared to a fuse are:
Faster reaction time;
Greater reliability;
Can sense every kind of disruption in the circuit;
Can be reset for multiple uses, unlike the fuse which gets destroyed upon electrical malfunctioning.

However, perhaps the greatest characteristic in favour of the RCCB over a fuse is its heightened sensitivity which can be of great importance concerning the safety of the inhabitants. RCCBs can detect a 30mA change and other small fluctuations in residual currents, unlike the fuse. When you consider the fact that a human being can experience respiratory paralysis when being shocked with as little as 30mA, you will understand the need of this kind of sensitive device.

While there are many types of fuses made out of different materials, the most common type for residential use is made out of a metal wire or filament that’s confined in a ceramic and metal casing. Fuses are now considered an old-fashioned type of electrical safety device, but are still popular due to their cheep price and availability. In homes using fuses, there’s a central fuse box where all the fuses are plugged in. All the wiring in the residence pass through the box, and when the electricity is flowing normally, the fuse allows it to pass through its filament. The moment an overload happens, the filament melts, thus interrupting the flow of electricity.

Because the fuse needs to melt, it takes a certain amount of time before the electricity flow is cut off. This can sometimes be hazardous because in that moment someone can touch the wires unknowingly and get electrocuted. Therefore, using fuses for regulating electrical installations is a lot less safe than using RCCBs. When taking everything we’ve mentioned so far in consideration, it’s easy to conclude that fuses save wiring, while RCCBs can save something much more valuable – your life and the life of your close ones.