I know you’ve seen paper clips and rubber bands before and thought to yourself that they’re the most widely used office supplies in existence, and as such, if they were real, they would have a lot in common and be good friends (chuckles). Well, I hate to break it to you, but they are in fact part of the most brutal rivalry since the question of whether the chicken or the egg came first. I know that you’ve always seen them together and that you may have even used them all the time in grade school (probably more for making a slingshot than schoolwork, but still) and you think that they work well together, but that is not the case. But that ends today. We will indisputably establish the dominance of one or the other so that this matter will be settled for all time. 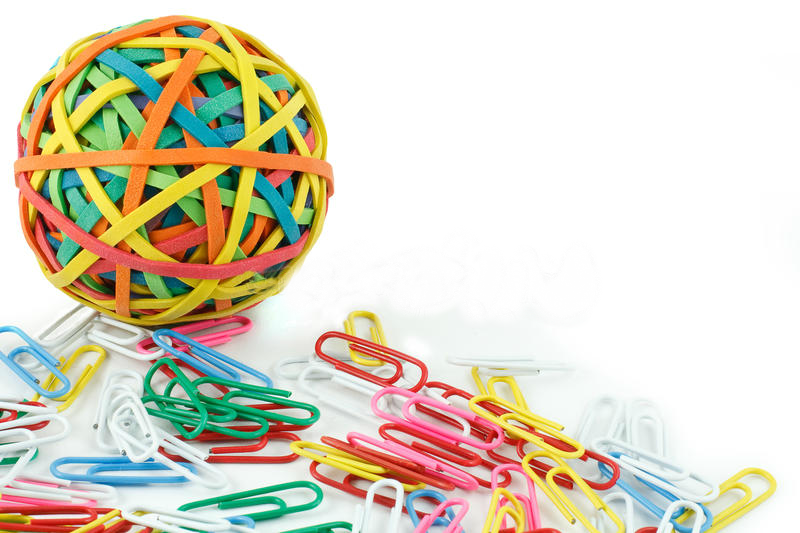 We all know what office rubber bands are and what they do, but is that really because of their utility in the office space or is it because of the many applications that you use them for around the house? Truthfully, it is actually a little bit of both. While around the office, their primary use seems to be to seal boxes or package and hold various things together, there is nothing that says their application needs to be limited to just that. Around your desk, or in any other area, they have the potential to be used quite a lot.

The paper clips, on the other hand, seem to only have one actual application – holding paper together. Well, that is if you discount the role of universal key that it seems to have in every heist movie. However is its single application really a downside? While they can only hold paper together, they do it better than any other item out there, and that is a really important role in any office if you really think about it. While the office rubber bands may have the advantage in number of uses, it can’t compete with the paper clip in its one simple but valuable function.

In the end, it turns out that both are incredibly useful but for quite a few different reasons and that the conclusion I came to wasn’t as final as I assumed it would be. With such a result I can only apologise and announce that the rivalry for supreme king of office stationary will blaze on even further.