Comparing Braking Systems: What Should Every Car Owner Know?

The automobile was invented by Nicolas-Joseph Cugnot, the same person that coincidentally had the first ever car accident in human history. This made Cugnot dedicate some of his time towards making a vehicle stop and that led to the invention of the first ever brakes which were made of wood. Obviously, they weren’t as effective and made an awful lot of noise, but still, they were the first step in the right direction. It took 4 years for the first disc brake to be made. Thanks to Frederick W. Lanchester, the first disc brake came to fruition which is a design still used today.

Although it took a couple of decades for it to become standard it was a substantial upgrade from wooden blocks. Later on in 1920, mechanical four-wheeled brakes were introduced and in the 50s the first vacuum-assisted brakes were unveiled. In 1965, the predecessors to ABS brakes were made and the first electronically controlled ABS systems arrived in 1978. Modern assistive braking features started to appear near the end of the 80s and the start of the 90s. Today brakes are standard on every moving vehicle and come with all kinds of assistive features that make them even more advanced. 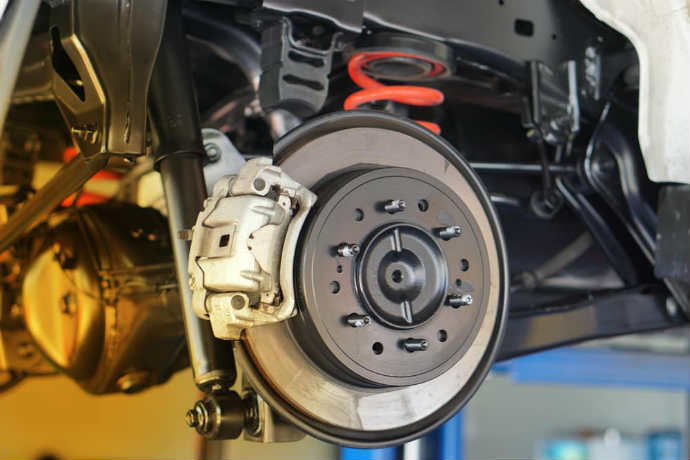 What Are the Different Types Of Braking Systems?

The most widely used type of braking systems today are disc brakes. This braking system works by having pressure applied directly to the wheel through the use of various auto brake parts. For these brake parts online availability is massive which is one of the reasons why they are so common on today’s vehicles.

While drum brakes do the same thing as disc brakes, the way they do it is quite different. These braking systems have more moving parts than disc brakes which is why they are not as commonly used nowadays since this means more repairs and less efficient components.

Emergency brakes or also known as parking brakes are a vehicle’s secondary braking system. This is the only braking system in your vehicle that is activated by hand although some vehicles have it as a pedal. The emergency brake applies pressure on all four wheels and it is used when parking or standing still on an incline.

ABS or anti-lock brakes are found on the majority of newer car models. These are stationary and come together with your existing brake system. ABS prevents the wheels from locking and thus prevents your tires from skidding. ABS works by pulsing the brake pressure extremely fast, turning itself off and on rapidly. This reduces the rotational speed of the wheels and it allows them to get in contact with the road. This feature is especially useful when driving on slippery and wet roads.
Drum vs Disc Brakes 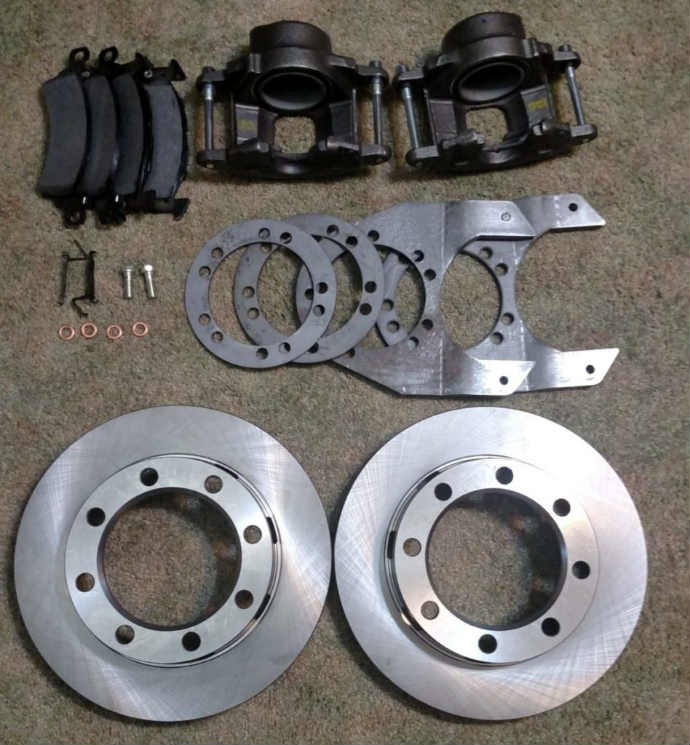 What Parts Are Included in a Typical Disc Brake?

The most important part that comes with every disc brake are the pads. Brake pads are only found in disc brakes and they are what comes in contact with the rotor. Although not an actual part, brake fluid is what moves all the other car brake parts that lead to pushing the pads onto the rotor and making the car stop or slow down.

The calipers are the last component that comes in contact with the pads and pushes them onto the rotor. Rotors are found both in drum and disc brakes which are these metallic discs that rotate as the wheels move. As you know this is where the pressure you apply to the the brake pedal ends up. Brake lines are brake parts online known as hoses too – they help transfer the brake fluid from the pedal to the calipers.

Disc brakes are more widely used nowadays as they do not allow as much heat to build up inside. This makes for a far more efficient system and one that doesn’t collect as much brake dust. Disc brakes usually go on the front two wheels because most vehicles today have FWD (forward wheel drive). More consistent performance and the reduction in brake fade are way more prominent with disc brakes which are also less likely to lock up than their older counterparts. 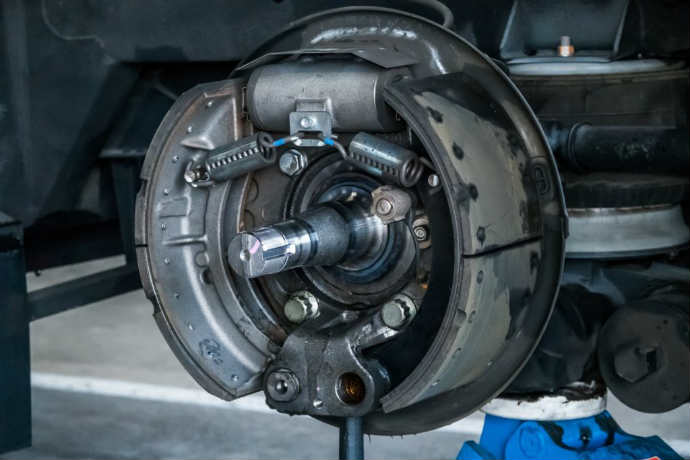 What Parts Are Included in a Typical Drum Brake?

Brake shoes are what make up drum brakes and are only found in this type of braking system. Unlike brake pads, which press onto the rotor, brake shoes actually expand and press onto what is called a drum. The brake drum is a big bowl shaped component that is usually made out of cast iron.
Drum brakes, despite being a much older technology are still used today but mostly on the rear wheels as they are not as efficient and are thus not good for repetitive use. With drum brakes water can easily pool inside the drum and cause corrosion which can affect the system negatively. Whilst drum brakes are more affordable and easier to repair than disc brakes they are just not worth being placed on the front wheels since they are so ineffective.