Stock vs Aftermarket Exhausts: How Do They Impact Your Navara’s Performance

If you’re looking to improve your Nissan Navara’s performance and off-road capabilities, then you’ve probably considered aftermarket exhaust systems at some point. While the stock exhaust system has done the job well enough, it might not be good enough to tackle the roughest Australian terrains or haul the heaviest loads. Hauling a trailer requires more torque out of your Navara, and there aren’t many ways to get that torque besides aftermarket exhaust systems and throttle controllers.

You might fault Nissan for not producing their vehicles with good enough exhaust systems, but that’s really not what it’s about. Every vehicle manufacturer produces their vehicles and all the parts that make them with fuel economy and affordability in mind, which is why they cut corners. They need to keep the prices competitive and fuel consumption as low as possible. Well, fortunately for you, there are hundreds of different aftermarket D22 exhaust upgrade systems you can get to unleash some of the hidden power in your Navara’s engine.

But what makes aftermarket systems superior to stock exhaust systems? Well, there are a few different factors, most of which have to do with how much flow they allow for the gases to freely enter and leave your engine and exhaust system. Here are the specifics. 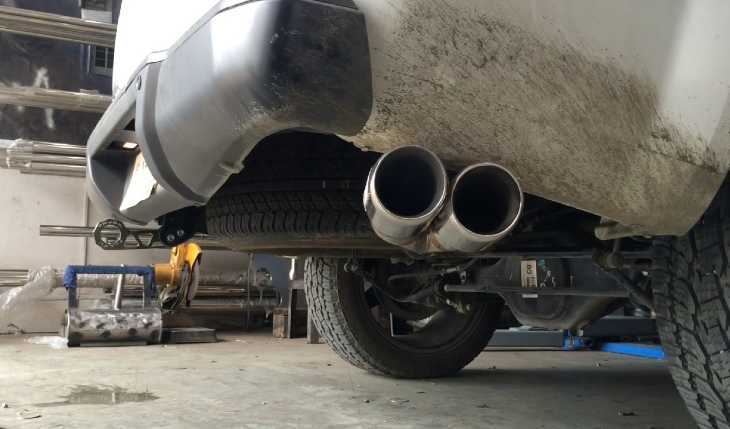 As is the case with camshafts and carburettors, bigger is not always better. The exhaust pipe diameter should match the engine level of output and displacement. Even though larger diameter pipes may look better, if they’re too large, you’ll lose velocity and low- and mid-range power will suffer. When considering aftermarket D22 exhaust upgrade pipes, the specified diameter always refers to the pipe’s outer diameter.

Crush bending is also known as ram or press bending, and it refers to the bending technique that utilises a radius die and backing shoes. Although this technique creates functional pipes, they come with a slight depression on the inside. As a result, there’s a restriction in the gas flow, reducing performance.

Wrinkle bending is also known as crinkle bending, and it’s a technique where heat is applied to the pipe until it’s red-hot. The pipe is then forced along a die, where the inside throat of the bend collapses in a series of wrinkles. The resulting pipes feature a slight reduction in diameter, and they come with a series of humps that negatively affect sound and flow.

Lastly, there’s mandrel bending, which is a technique that utilises a mandrel on top of a die and backing shoe. The mandrel supports the pipe from the inside, resulting in pipes that don’t have any diameter or profile changes. Mandrel bending is the most expensive pipe manufacturing process, which is why vehicle manufacturers don’t typically use it.

Crossover pipes are used with V-type engines that feature two opposing cylinder banks and a duel-exhaust. There are a few ways these systems can be improved, and they require connecting both banks together. Exhaust pipe crossover systems connect the passenger and driver side pipes somewhere between the mufflers and headers. This can help even out the exhaust pulses and improve scavenging. What this means is that the flow of gases in each pipe will help pul the exhaust through the adjacent pipe, improving velocity.

Bringing the two pipes together will form a crossover where they are welded together. This can also be accomplished by connecting both pipes by using additional pipes that will be either X- or H-shaped. H-pipe designs feature a horizontal pipe that connects the two pipes, whereas X-pipe designs connect both pipes with an extra X-shaped pipe arrangement. X-pipe arrangements are recommended as they provide better flow, simply because they offer higher exhaust flow scavenging. However, in some cases, an X-pipe arrangement might not be possible due to clearance issues. That being said, any type of crossover pipe system will improve horsepower and torque, but if you can choose, go for X-pipes.