For the past few decades, computer technology has been advancing at an exponential rate. In fact, it has only been around for 200 years since the invention of the loom that uses punch cards to automatically weave various fabric designs which set the basic principles of how today’s computers work. This rapid progress of computer technology has been observed by the Intel co-founder Gordon Moore back in 1965. According to his observations, known as the Moore’s Law, the number of transistors in a dense integrated circuit doubles every two years and this has proved to be accurate for several decades. Computers have gotten smaller, more powerful, and more capable since the 1960’s. 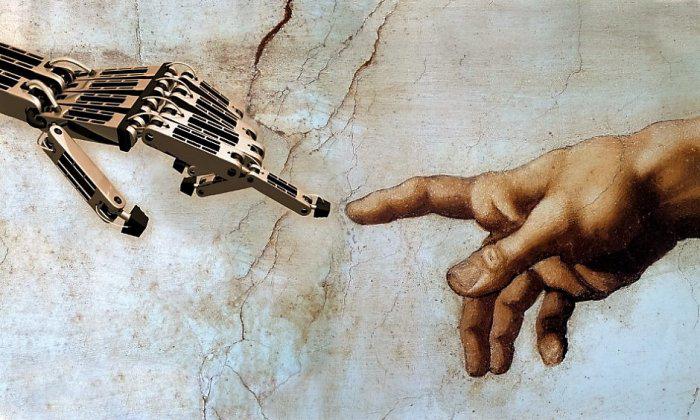 At this rate, one would think that it is only a matter of time before computers become smarter than humans and we get to a Skynet scenario. But, this is very unlikely, at least in the near future. As of recent years, Moore’s Law has started to break down. The size of the transistors in computer chips has shrunk to the point where it’s near the atomic level and companies are having trouble trying to pack more and more transistors on a single chip. This is why experts are turning to other materials (such as carbon) that will replace silicon based chips. Another possibility is dropping the traditional computer architecture and turning to the world of quantum mechanics. Companies are now trying to develop quantum computers that offer three possibilities for each bit. It can be an 0, a 1, and both 0 and 1 at the same time. Thanks to this, quantum computers could solve problems faster and more efficiently than classical computers.

As we are standing on the verge of the next industrial revolution, one of the important questions is whether computer technology and automation control systems will lead to zero labour factories, or will old fashion human labour continue to play a vital role in production.

Basically it all comes down to the advantages and disadvantages of automation control systems vs. manual labour, or robots vs humans if you will.

Automation technology does have its limits. There are some tasks that can’t be easily automated yet such as the production or the assembly of components with inconsistent features where manual dexterity is required. Then, there are also the economic limits. Some tasks would cost more to automate than to perform manually. Also it can be very difficult to predict the development costs of automating a certain process, but nowadays more accurate estimates can be made based on previous projects. The initial costs of automation are also relatively high, however they tend to pay off in the long run. And, of course, there is the maintenance of the automation control system in order to keep it working properly.

However, the advantages of automation actually outweigh the disadvantages. Automation systems are the ideal solution for replacing humans in tasks that are physically hard or demand monotonous work, or replacing humans in tasks that are performed in dangerous environments such as toxic or radioactive atmospheres or environments with temperature extremes. There are also a lot of tasks which are simply beyond human capabilities. This includes either handling heavy loads or manipulating tiny objects, manufacturing products at incredible speeds with maximum precision and consistency, and so on. And one of the more obvious advantages is that automated systems don’t need sleep, food, health care, and can operate 24/7 with minimal human supervision.

So, will machines take the place of humans in factories? Well, although modern factories constantly improve over time, the total number of employees hasn’t significantly changed over the course of time. Instead of a decrease of factory employment we have a shift in the distribution and the role of personnel between various businesses. I personally think that we are far from zero labour factories. Although automated machines will replace people in a lot of tasks, each of those machines, still requires a human to monitor their operation and make sure the machine is doing its job properly.