If you frequently venture off the beaten trail, you should understand the importance of having your vehicle properly protected, especially on its front end, where all the fragile and important parts are placed. There are several vehicle accessories that are meant for that purpose, but the two most popular ones are bull bars and grille guards. While both of them do a great job, they differ in how they protect the front end, and while either one of them will protect your vehicle just fine, there are slight differences in appearance and functionality, among a few other things that you might want to consider before making a purchase.

Bull bars are one of the most sought after 4×4 vehicle accessories. They’re usually designed with an A-shaped frame, which consists of a center, horizontal tube, an outer tube or a crossbar. The main tube covers a portion of the grille and bumper, as it extends from the underside of the 4×4. Generally, bull bars are bolted onto the vehicle’s frame, and they only cover the center portion of the vehicle’s front, instead of the headlights. 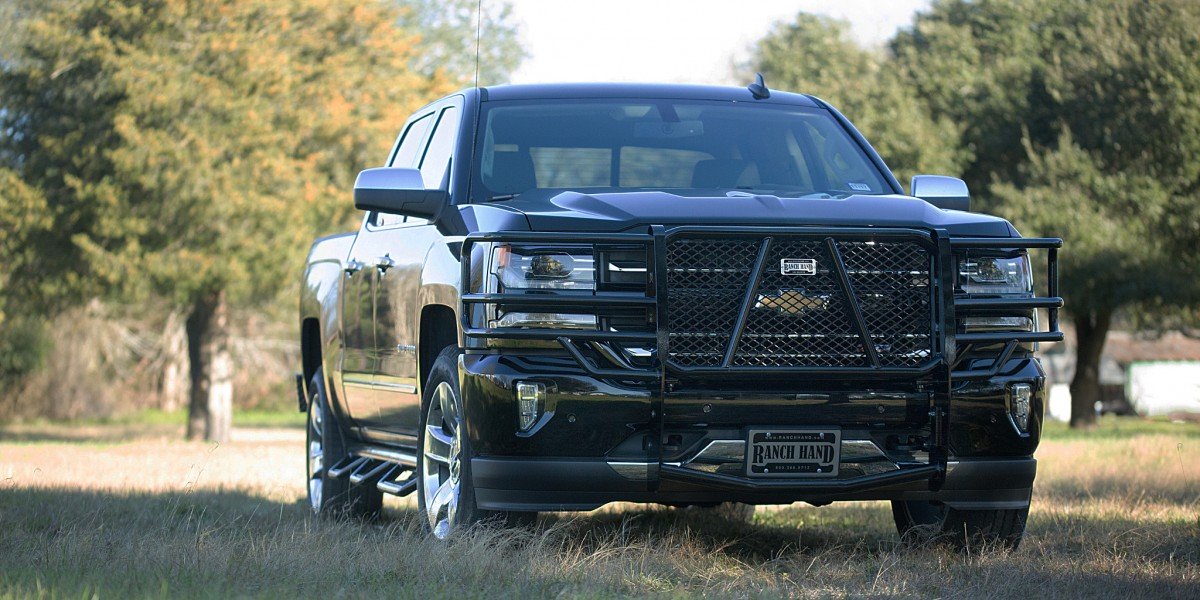 You’ll typically see bull bars on SUVs, pickup trucks, Jeeps and many crossover vehicles. Most bull bars come with a crossbar that can house various different 4×4 vehicle accessories like aftermarket lights and skid plates. To sum it up, they differ from grille guards because they usually come with a skid plate as well, don’t have brush guards that cover the headlights and cover less area than grille guards.

Grille guards offer the most front-end protection, they’re designed with an H-shaped frame, and they’re typically made of two vertical risers and a horizontal centre flange or crossbar. The risers are typically equipped with mounting holes onto which the grille guard can be attached to the frame. Most grille guards have a pair of side rings or brush guards attached to the risers, which extend outwards in order to protect the vehicle’s headlights. Additionally, they feature a bottom and a top tube that spans between the risers.

Similarly to bull bars, grille guard crossbars are designed to house aftermarket lights, usually by featuring a LED light bar housing or pre-drilled holes. To sum it up, grille guards differ from bull bars because they don’t have a skid plate, cover a larger portion of the front end and have brush guards that wrap around the headlights.