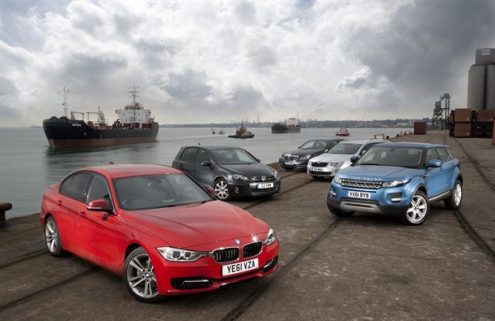 American and European car manufacturers have always fought over whose cars are better in every aspect. However, there are big differences between models manufactured in US and those produced in Europe in terms of both exterior and interior design and specs. This battle of brands has began almost 50 years ago, after WW2 to be exact. Americans in this period started producing big cars with high power engines and even today, famous American muscle cars are being made according to this concept. For instance, Ford service shops today are only trained to work on high performance engines and have little knowledge about different types of engines.

On the other side of the Atlantic ocean, Europeans conducted a totally different car-making concept. Rising car brands like Peugeot, Citroen and Volkswagen produced smaller cars with minimal engine performance optimized to serve any customer. Hence, this is the main reason why today’s top engineering technologies used in car production derive exactly from European manufacturers.

One thing that led to these differences in size and engine power between US and European manufacturers is different demand and lifestyle of customers. Americans have never been really concerned with fuel economy issues because gas prices have always been low. But overseas competitors were forced by wrecked economies after WW2 to construct cars that can drive many miles with low fuel economy cars. And not just on open roads, but for city traffic as well.

Even though there were large differences in market characteristics, some European car manufacturers were able to enter US markets successfully and compete with domestic giants like Ford. Mercedes and BMW are one of these. They were able to position themselves as luxury brands which offered high quality cars and great customer service. Customer support of US car brands like Ford service, were not very improved at that time and European brands seized the opportunity by offering seamless support and better after-sales service.

On the other hand, American cars never really made it in European auto market because of their high performance engines and fuel consumption. Such costs weren’t affordable for Europeans who got used to smaller hatchbacks that were much more practical and cheaper. Also, Europe has posed strong barriers to entry for American manufacturers through high tax rates and rigorous customs regime. The reason was to protect strong European brands and keep them on top.