Serving Trays: When Serving Food and Beverage Makes Past and Present Meet

A great deal of our days and lives in general is spent on eating and deciding which meal to choose or which groceries to buy. The same amount of decisions is given to picking the cooking utensils, appliances, dinner sets and all things kitchen related, regardless of whether it is for cooking in your personal kitchen or commercial cooking. It is not surprising our ancestors had to deal with similar, if not the same, choices regarding such products. Though we might think it is only in the last few centuries that people created designs of functionality, we needn’t look further than the history of serving trays to see otherwise.

Perhaps the oldest known serving tray to be found is the Etruscan black clay one, dating far back to the 6th or 7th century BC which proves ancient peoples were just as much concerned with proper serving as we are. Trays, just as much as plates and bowls, were earthenware and their design has undergone considerable changes to get to the forms of trays we are familiar with. It was sort of a symbol of wealth, since only the wealthy families and royalty had foods and drinks served in trays, so the materials started changing from simplistic to more exquisite ones. Not many could afford silver, which is why silver trays were the kitchen requisites of families of high social status. 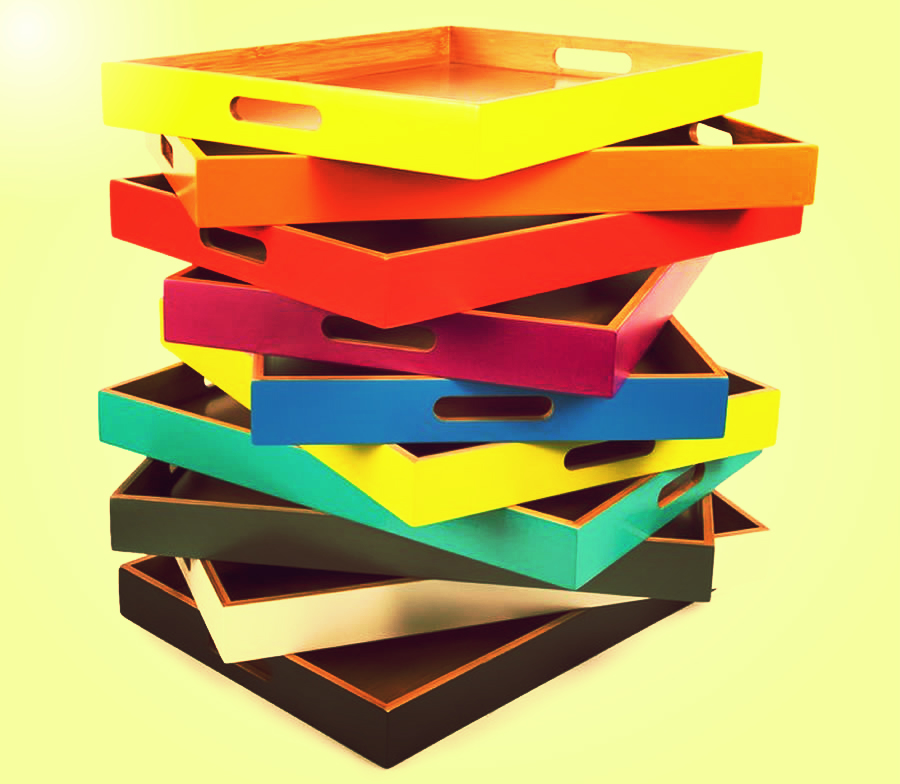 During the glorious days of 18th and 19th century, Europe and Asia alike started looking for beauty in the details of all sorts of products and trays were no exception. Decoration became as important as functionality, so serving got a rather aesthetic upgrade to the detailed metal and papier-marché designs and not even Coca Cola stayed immune to the trend. The days of the World Wars demanded a step back to simplicity and it is during that period, WWII specifically, that Australian melamine “Marquis” trays grew in popularity. Nowadays, with the possibility of online shopping, you can look through vast varieties and buy trays that would fit your taste and preferences. 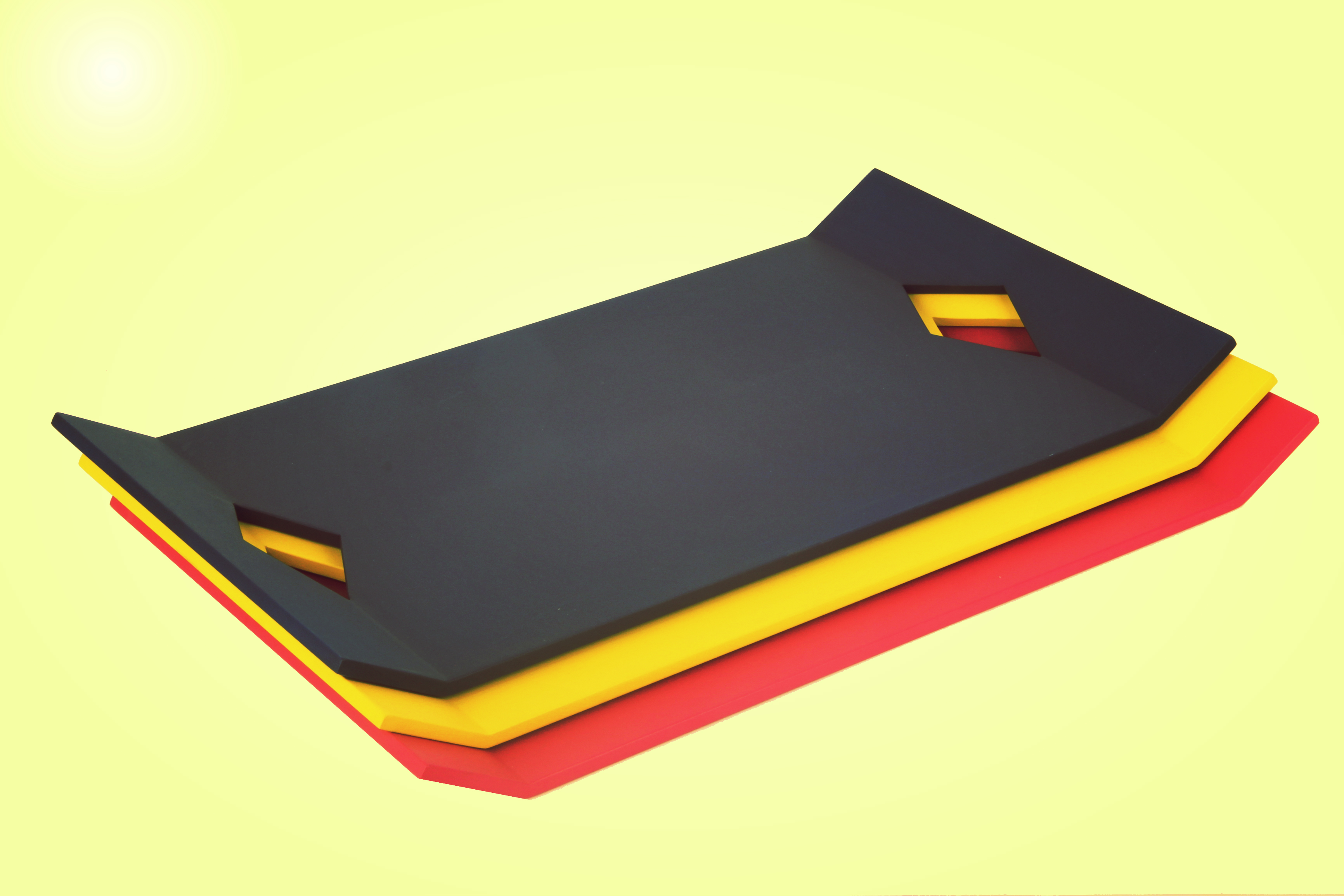 Whatever the purpose, when you buy trays, be it for a restaurant, café or your own kitchen, you will find designs in many shapes, such as rectangular, round, oval, sizes and materials – from plastic and wood, to the shiny stainless steel. Rectangular types provide space for more items and are easier to be stored, whereas round and oval ones can be carried in one hand and used for different purposes. Considering accidents can happen, there are specialised trays for commercial kitchens with non-slip surfaces and the same effect can be given with the addition of a rubberised mat.

As a good host, you have to rely on the use of trays to make your guests feel like royalty by serving in your special tray, surprise your significant other by a mouthwatering breakfast in bed or treat yourself with a meal or snack while you are at your computer desk.