Creating a versatile outdoor space, one that won’t be as cold as stone, but also won’t make you feel like you’re living in the midst of a jungle could prove to be a Herculean task. In my opinion, deciding to bury your spade and let concrete invade the space just because you’re lazy is an insult to life itself. Do you know how many people manage to create mesmerizing green capsules out of nothing, just by making the most of the ever so small space on their balconies? That being said plus the fact that summer hasn’t yet begun, if you have the space, but lack the education and imagination, you have two and a half months to plan the transformation of your garden.

Late summer is perfect for planting trees and grass seed because the scorching sun is slowly, but surely calling off its troops. This timing is great because the mild autumnal climate (neither hot, nor cold) makes way for young plants to safely begin their life cycle. The practicality of having a concrete patio and pathway is not something I am to call into question. However, I must point out that adding more coldness of that lifeless form than necessarily is unwise, especially in the light of the fact how many different and endlessly beautiful ornamental trees Australia area and climate can sustain. 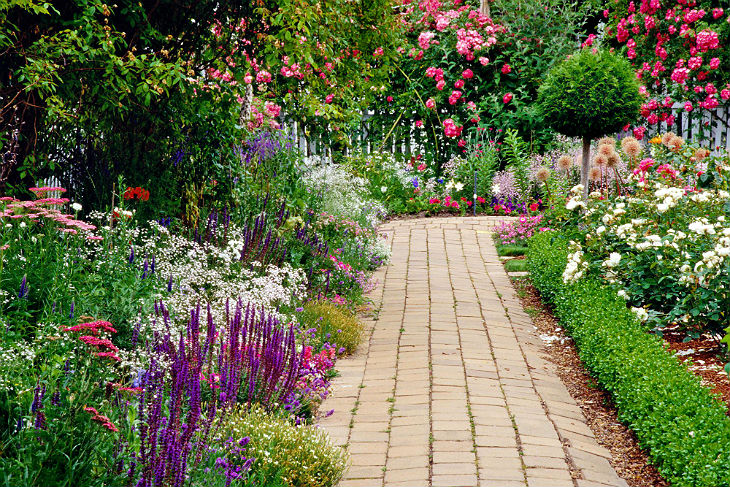 There are two ways to go about creating the aforementioned balance – modern or traditional. If you like to keep up with the latest outdoor design ideas, you might want to rely on precast concrete pavers and thus create an intriguing surface. Around that area, you can furthermore work on the natural appeal by filling the space with groundcover plants and different kinds of flowers. A more traditional approach would mean that there’s no puzzle-like surface where green and concrete intertwine. It means that you have a pathway and maybe a concrete or wooden patio, but the rest of the space of the space belongs to nature. Well, what I am trying to say is the rest of the space is your and Mother Nature’s co-creation and that means that grass, flowers, trees and shrubs are gently claiming their right to bring life and delight to your space.

If you want to bring an aspect of the timeless Eastern culture, ornamental trees Australia cosmopolitans adore are the flowering plum tree and Cherry “Kanzas”. Their rich pink blossoms will add a magnificent effect you won’t be able to get enough of. Just make sure that you don’t plant more than three of these, even one is enough, cause otherwise you may lose the mystical Eastern effect. Also, mind that these ornamental pluming trees do not generally produce plums and require regular pruning.

Finally, do remember the following piece of advice: “A garden requires patient labor and attention. Plants do not grow merely to satisfy ambitions or to fulfill good intentions. They thrive because someone expended effort on them.” Liberty Hyde Bailey