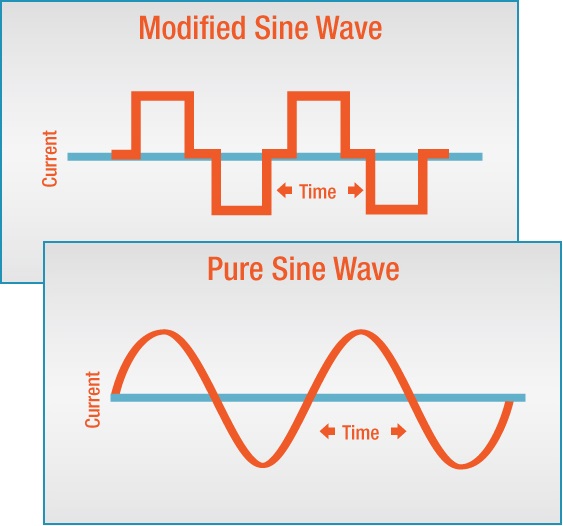 Inverters are devices that change the direct current, shortly known as DC, into conventional alternating current or AC. With an inverter, the home-owners can run various devices, including PCs, TVs, lights, kitchen appliances and other kinds of electric energy consumers. But when people look to buy an inverter powered by AC or another DC source, they often get confused whether to buy a pure sine wave inverter or a modified sinewave. These two types of inverters provide many options. For a clearer idea what’s the difference between the pure and the modified sinewave inverter, here is a quick comparison.