Highs and Lows of Strong Poppers

Poppers have long being mistaken for being this addictive drug that night clubs use to create drug addicts and take their money while keeping them in the crowd. Well, let’s not get ahead of ourselves – poppers aren’t and can’t be that strong. Strong poppers deliver a pleasurable sensation that lasts for a while, but that’s all. They don’t create a physical addiction like strong drugs do, but if you feel like you can’t control your mind that’s asking for pleasure constantly, that’s a whole other story, and poppers are not the ones to blame for that. 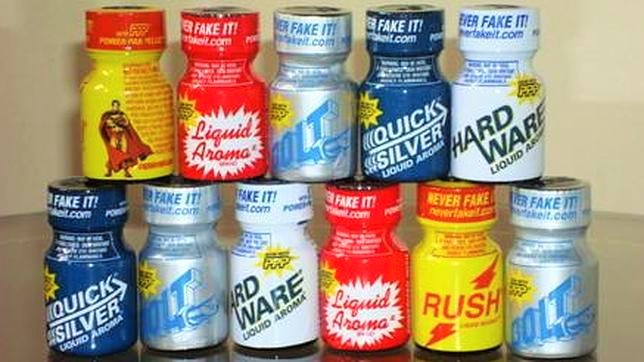 Poppers are actually an amyl nitrite extraction which you inhale. The effect doesn’t last long, but it surely is stimulating. The largely accepted truth that poppers were designed to sexually arouse gays is just nonsense because straights can and should definitely take advantage of the good effects from poppers. If you still haven’t tried it, let me explain to you what could you expect from the use of good strong poppers.

The definition of poppers itself tells you so much about the biggest high you can expect: inhalable nitrites are the closest thing to a real aphrodisiac, and during foreplay, they give the user the chance to experience a skin-surface sensuality. And if you inhale really strong poppers right before you reach an orgasm during sex, the feeling gets accelerated significantly allowing your perception of the orgasm to be prolonged, very intense and exalted.

Poppers are also enhancers of perception of light and sound, which makes them the perfect choice when you really want to feel the atmosphere in a club.

There really haven’t been any proved side effects of taking poppers except for a number of users who have reported some unpleasantries like a severe headache for example.

You should be very careful when you handle poppers. If by any case the liquid gets spilled on your skin it will cause you burns. These do fade away in a few days but still, you want to avoid such a situation. However, if it happens, you should use water to clean it all up and instantly ask for medical help. Avoid allowing poppers get in your eyes by all means.

There was this 2007 formula of poppers which reportedly causes vision impairment. People who used it claimed they couldn’t see after taking them, but if you stop the use on time, your vision will be restored.

All in all, if you’re an adventurer and eager to enhance your sexual experiences, your nights out, or simply you want to do some experiments with your mood, you could try poppers which are ultimately a safe option.