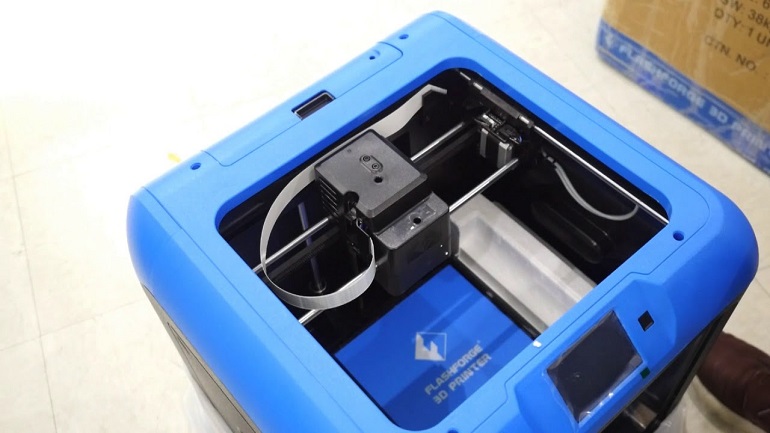 At the end of the first decade of this century, a new device that combined the old and the new together started to gain popularity – the 3D printer. While the core technology has been around since the mid-80s, it took quite a while to get to the level it is today. Nowadays there are a lot of manufacturers of 3D printers from all over the world and FlashForge is one of them. While Chinese manufacturers are known to copy the designs of their competitors, FlashForge is a company that has paved their path to success with consistent product iterations that promise unique and meaningful upgrades from their previous versions. This has proven to be the case with the company’s Creator and Inventor series. 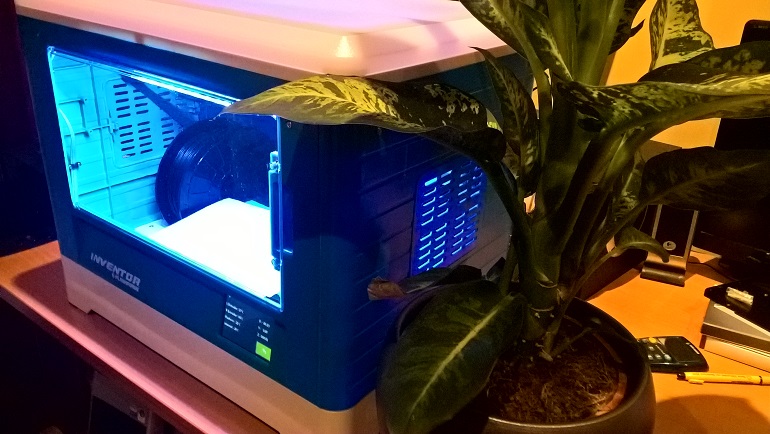 The first-ever version of the Inventor series is based on FFF (Fused Filament Fabrication) and it comes with a build volume of 230 x 150 x 160 mm which is not anything crazy but it’s enough for in-house use. The FlashForge Inventor I has a positioning precision of 11 microns and a standard layer resolution of 2.5 microns that can be turned up all the way to 50 microns, which is the high-quality setting. There are five cooling fans that help prevent material warping and stringing while the machine also has heat and video monitoring, thanks to the temperature sensing build chamber and the built-in camera.

This 3D printer comes with dual extruders that have a nozzle diameter of 0.4mm which is able to produce a filament diameter of 1.75mm. There’s a neat little feature on this device that will ensure you can continue with your printing project after a power outage, called Resume Print. This device has a 3.5-inch touchscreen for easy access to printing information, it weighs about 15 kg and has a plastic alloy construction. 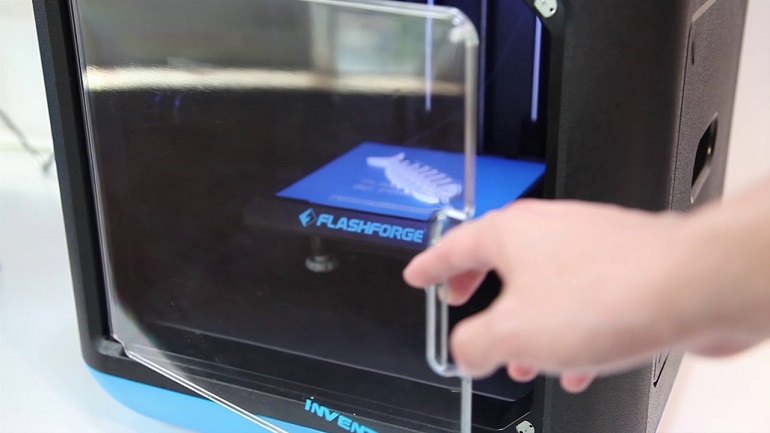 Although this version signifies the second iteration of the very first Flashforge Inventor 3D printer, the specs are less powerful. This is because the Inventor 2S was made to be used in schools so the specifications and features are more kid-friendly and although not specified by the company, I would presume the S stands for School but then again I might be wrong. The 2S also has only one extruder but these sacrifices are worth the new features this 3D printer has.

For example, a nifty little feature is an intelligent door which when opened, pauses the print job and then it resumes when you close it and it also has a smart support feature which lays out structural support in areas where there is overhang so the item you are going to print makes it out in one piece. Filament run-out detection will tell you when you are out of printing material and with the touchscreen, you’ll get a nice little presentation on how to load the new filament and how to level the print bed. The FlashForge Inventor 2S also has a layer resolution of 50 to 400 microns and while the build volume is only 150 x 140 x 140 and comes with a removable cover on top to reduce noise. 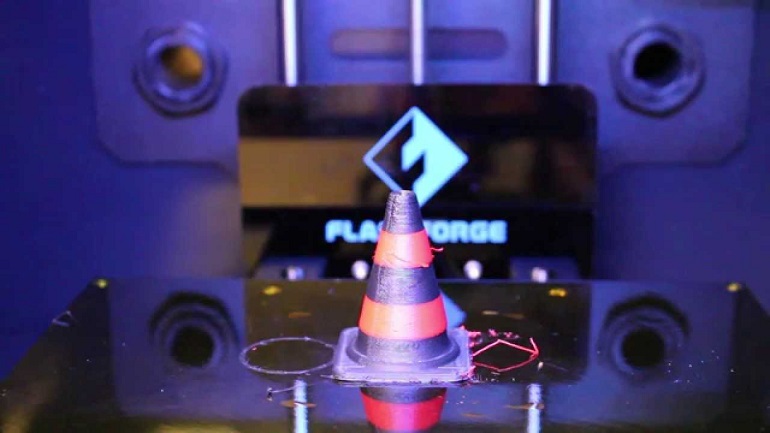 This is the second iteration of the FlashForge Creator series which makes it in the mid-budget tier and like the FlashForge Inventor 2S, it also comes with a removable lid on top. The layer resolution can be set between 100 and 500 microns while the aluminium build plate is capable of preventing warping even when exposed for a prolonged time under 130°C. It is not recommended that you constantly use the highest setting possible so it’s best that you go with 90°C instead. The Creator Pro has 2 extruders and a build volume of 225 x 145 x 150 mm while its printing speeds can reach up to 100mm/s.

This guy has the controls at a 45° angle and the door opens at a 180° angle, which makes it pretty easy to access a finished item unless you are printing one that covers the entire build area. The printing material options are quite limited though as only PVA, PLA and ABS can be used, but this 3D printer has a universal power supply, something that the previous two don’t. 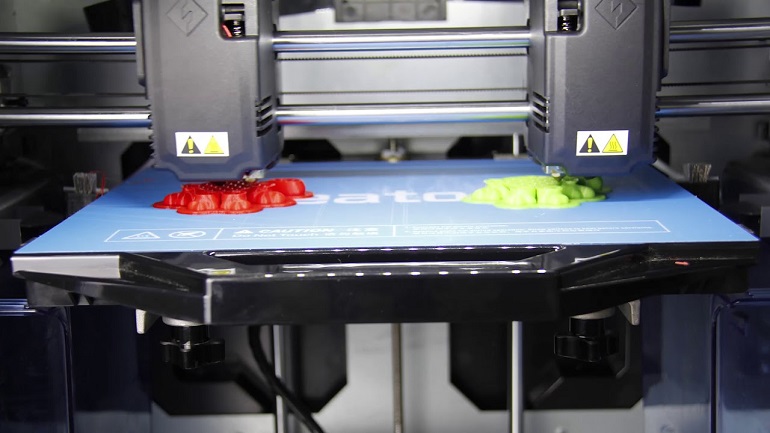 If you want to get the most capable 3D printer from FlahsForge then this is the one for you. With a build volume of 300 x 250 x 200mm and nozzles that can take temperatures up to 300°C, you are definitely going to get a more versatile experience. Dual extruders are also part of the package, but here they can work independently which means that you can print two separate items at the same time with a maximum speed of 200mm/s. This device also has a bigger touchscreen (4.5 inches).

The Creator 3 also features a flexible, removable printing plate which makes it easy to remove items and the machine is capable of pausing the print job automatically once it detects issues with filament feeding so there are no failed prints. You also get a built-in HD camera like the rest of the bunch and printing accuracy is up to 0.2mm. While its heating plate can reach up to 120°C, you can use all kinds of printing materials from PVA to HIPS, PETG and even Nylon.