Not everyone knows the difference between single axle and tandem axle trailers. Most people aren’t even aware of the nuances when it comes to picking any type of trailer, and that can be very important because you never know which one you’re going to need. They’re an amazing way to add a bit of extra storage to your vehicle, unlike roof rails, and can be quite handy in a pinch. 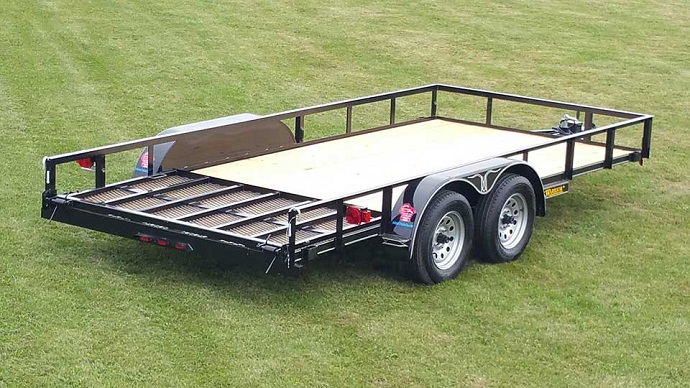 One of the very first differences you’ll notice when you’re looking at trailers is the number of axles. The vast majority of trailers have either one or two axles, so you’ll be looking at either one or two sets of tyres. While that’s the main difference, it influences a few other factors as well. For example, tandem axle trailers are more stable because of their two sets of tyres, which also allows them to carry larger loads with relative ease. These basic differences might not seem big at first, but they’re actually the defining reason you would be picking a tandem trailer over a single axle one.

Like previously mentioned, single axle trailers have a few features, as well as pros and cons, which are distinct from their tandem cousins. 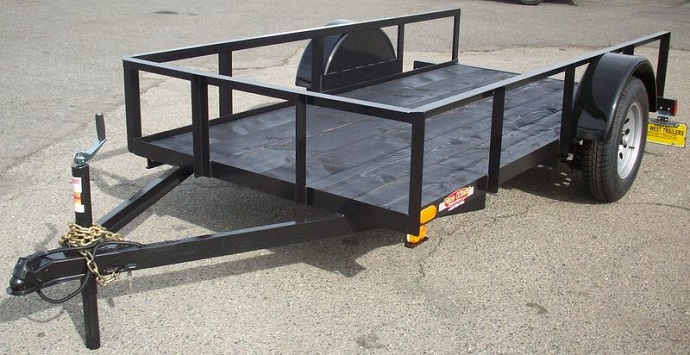 Not all trailers are made equal, that’s for sure. Different materials and different builds always mean different prices, and that’s exactly the case with single axle trailers. Because of the way they’re built and the number of materials used in manufacturing, single axle trailers are pretty much always more affordable. That’s because they’re not that complex to manufacture, especially since they have only one axle and one set of tyres, so if price is important to you, this is a very important factor to consider.

When you’re moving around with trailers, the last thing you want to worry about is parking space. If you have a larger vehicle that is not easy to park, you’re definitely going to have a problem with larger trailers. Luckily, single axle trailers are not that large by design because the one axle they have allows them to be smaller, while still being able to carry sufficiently-sized loads. That translates to easier parking pretty much everywhere.

While definitely not tiny or minuscule, single axle trailers aren’t exactly large. They’re more than capable of carrying loads, absolutely, but their design becomes incredibly apparent once you have something larger that you need to transport. That makes them quite versatile in many aspects, but they’re not very flexible for larger loads, especially if the distance is relatively great. They’re great for anything minor to medium-sized, so it’s not like they’re not useful for carrying things.

Tyre maintenance is incredibly important for trailers, just like on your vehicle. Unfortunately, trailer tyres often get neglected when they should be maintained as regularly as cars. With that said, single axle trailers tend to have more wear and tear on their tyres as a flaw of their design. That’s because the weight of the load is only distributed on one axle and one set of tyres, so the surface area where the pressure is the highest is very small. That means the tyres will get worn out relatively sooner than with tandem trailers.

A tandem utility trailer is quite different in terms of design and advantages when compared to the single axle one. They have their own pros and cons, too, and are separate from the ones of single axle ones. 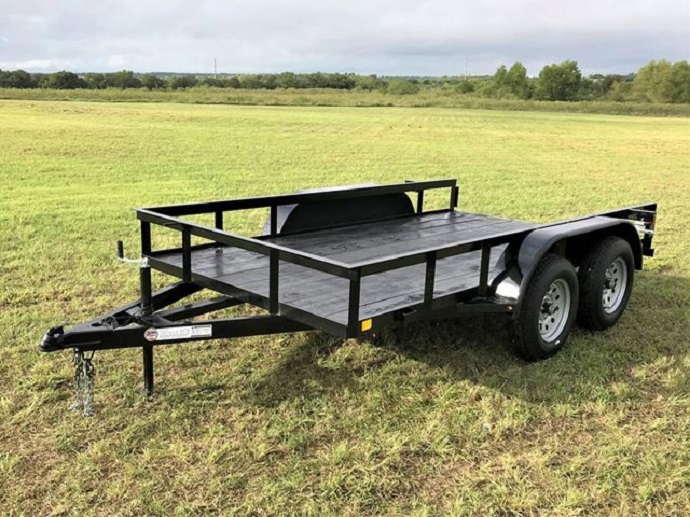 The main feature of the tandem dual axle trailer is its stability. Even though single axle trailers are quite stable, they really can’t be compared to the tandem ones in this regard. Tandem trailers are incredibly stable by design so you can easily balance the load any way you want to, and the whole trailer will still be steady and safe. That makes tandem axle trailers very sturdy for great distances even when you’re carrying heavy loads.

All trailers tend to sway when you’re driving, either because of the road conditions or because of the wind. However, tandem axle trailers are way smoother and easier to balance because of their design. So if you were planning on driving somewhere with poor road conditions and heavy wind, and you need to transport something, then you can’t go wrong with the tandem trailers. On top of that, you can install anti-sway bars that will make your trailer even more resistant to swaying.

The best thing about tandem trailers is that they’re capable of bearing large loads. That’s their intended design, after all, and they will do so with relative ease. Due to the two-axle system, the load will be balanced, the tyres won’t wear easily, so you’ll be able to transport large loads at greater distances. A safe estimate would be that tandem trailers can carry three times the load of a single axle trailer equivalent.

If there’s one thing you can immediately notice about tandem trailers is that they’re very large. That means you always need to prepare sufficient parking space for them, and that driving around with them isn’t exactly easy. They’re definitely not very suited for driving in smaller urban areas, though it’s technically doable. They’re also quite heavy, so you should always lug them with a vehicle you’re sure will be able to handle a heavy trailer.

Price is always something to consider when you’re purchasing a trailer. While none of them are exactly cheap, single axle trailers are significantly more affordable than tandem ones. You definitely get what you pay for when you get a tandem trailer. Tandem trailers may also negatively impact your mileage, which can typically be mitigated with high-quality compost materials. They’re sturdier and lighter, but also more expensive, so you might end up paying a higher price upfront.